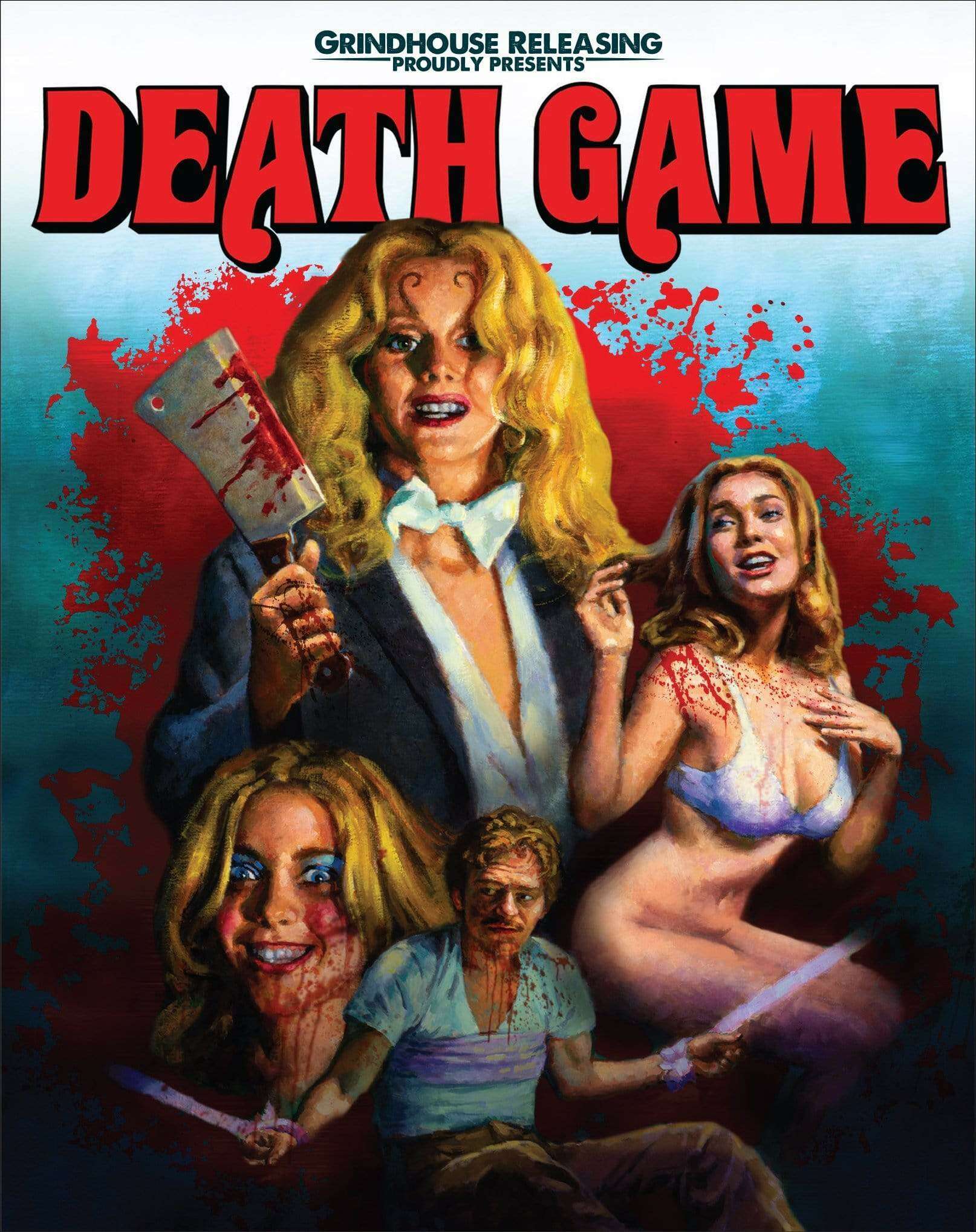 Grindhouse Releasing is proud to present the ultimate 1970s psychological thriller. John Cassavetes veteran Seymour Cassel stars as George Manning, a family man whose perfect life is turned into a nightmare of sex and torture when he allows himself to be seduced by two nubile young strangers (Sondra Locke and Colleen Camp) who show up at his door on a rainy night. Considered lost for many decades, DEATH GAME is being presented for for the first time on home video in its original 2.39:1 aspect ratio, meticulously restored in 4K from the original camera negative.

„OUTRAGEOUS, thanks to the memorable, go-for-broke, performances by Sondra Locke and Colleen Camp who are sexy, bonkers and surprisingly scary. This 4K restoration, 2-disc Blu-ray special edition, is another exciting release from Grindhouse. And a labor of love- it took years to get here and is so worth it. You can finally appreciate the moody cinematography of David Worth and great production design by Jack Fisk. ONE OF MY ALL TIME FAVORITES.“
– Dennis Dermody, OriginalCinemaniac.com

„An extremely well made, engrossing and often shocking film that bears watching if you have the stomach for it… a relentlessly painful and violent film. Traynor shows the gross sickness of a violent society.“
– Doug de Lisle, The Times Record

„If you have a friend who enjoys this movie, get a new friend.“
– Cleveland Plain Dealer

Menü
© 2022 cine42.de - All Rights Reserved
Made with love by Enlightened Monkey Webdesign